Research Artists who used quick and spontaneous methods or style:

J.M.W. Turner
Joseph Mallord William Turner, RA was a British Romantic landscape painter, water-colourist, and printmaker
John Constable
John Constable was an English Romantic painter. Born in Suffolk, he is known principally for his landscape paintings of Dedham Vale, the area surrounding his home—now known as "Constable Country"—which he invested with an intensity of affection.
Claude Monet
Claude Monet was a founder of French impressionist painting, and the most consistent and prolific practitioner of the movement's philosophy of expressing one's perceptions before nature, especially as applied to plein-air landscape painting.
Edgar Degas
Edgar Degas; born Hilaire-Germain-Edgar De Gas; was a French artist famous for his paintings, sculptures, prints, and drawings. He is especially identified with the subject of dance; more than half of his works depict dancers
Mary Cassatt
Mary Stevenson Cassatt was an American painter and printmaker. She lived much of her adult life in France, where she first befriended Edgar Degas and later exhibited among the Impressionists.
Verhe Morisot
John Peter Russell
John Peter Russell was an Australian impressionist painter.
Edouard Vuillard
Jean-Édouard Vuillard was a French painter and printmaker associated with the Nabis

Post Impressionists: Van Gogh, and the Fauves
Vincent Willem van Gogh was a post-Impressionist painter of Dutch origin whose work, notable for its rough beauty, emotional honesty and bold color, had a far-reaching influence on 20th-century art

Grace Cossington Smith,
Grace Cossington Smith AO OBE was an Australian artist and pioneer of modernist painting in Australia and was instrumental in introducing Post-Impressionism to her home country. Examples of her work are held by every major gallery in Australia
Clarice Beckett,
Clarice Majoribanks Beckett was an Australian painter born in Casterton, Victoria. Her works are featured in the collections of the National Gallery of Australia, National Gallery of Victoria and the Art Gallery of South Australia.
Arthur Boyd,
Arthur Merric Bloomfield Boyd, AC OBE was a leading Australian painter of the late 20th century. Boyd's work ranges from impressionist renderings of Australian landscape to starkly expressionist figuration, and many canvases feature both.
Albert Tucker
- his work is lively with vibrant colours, see his painting of Joy Hester below.
John Perceval (I'm not inspired by his work at all)
John de Burgh Perceval AO was a well-known Australian artist. Perceval was the last surviving member of a group known as the Angry Penguins who redefined Australian art in the 1940s.

then later painters such as:
John Olsen
John Henry Olsen, AO, OBE is an Australian artist. Olsen's primary subject of work is landscape.

and the English painters:
- Frank Auerbach
Frank Helmut Auerbach is a painter born in Germany. He has been a naturalised British citizen since 1947.
- Leon Kossoff
is a British expressionist painter, known for portraits, life drawings and cityscapes of London, England. Kossoff was born in 1926 in Islington, London, and spent most of his early life living there with his Russian Jewish parents. Similar to Auerbach in style, but I find his work morbid.

Frank Helmut Auerbach is a painter born in Germany. He has been a naturalised British citizen since 1947.

Finally I start to come alive and feel inspired. I was really struggling with getting my exercises done, e.g. when i attempted to sketch or paint my still life scenes, I was overwhelmed and became quickly disappointed. Then I became blocked and felt I could not do it, I could not possibly succeed or manage the projects.
I feel greatly inspired after seeing Frank Auerbach's portraits, and I feel more confident to continue with my paintings. I am starting to understand the importance of why I am studying and also how the emotions work and sometimes block me from moving forward.

Joy St Clair Hester was an Australian artist who played an important, though sometimes underrated, role in the development of Australian modernism. I was also inspired and motivated by Joy Hester's portraits because of the relative 'simplistic' appearance. And I am motivated because I like/want to paint in this style, but didn't trust myself

A post-Impressionist painter of Dutch origin whose work, notable for its rough beauty, emotional honesty and bold color, had a far-reaching influence on 20th-century art 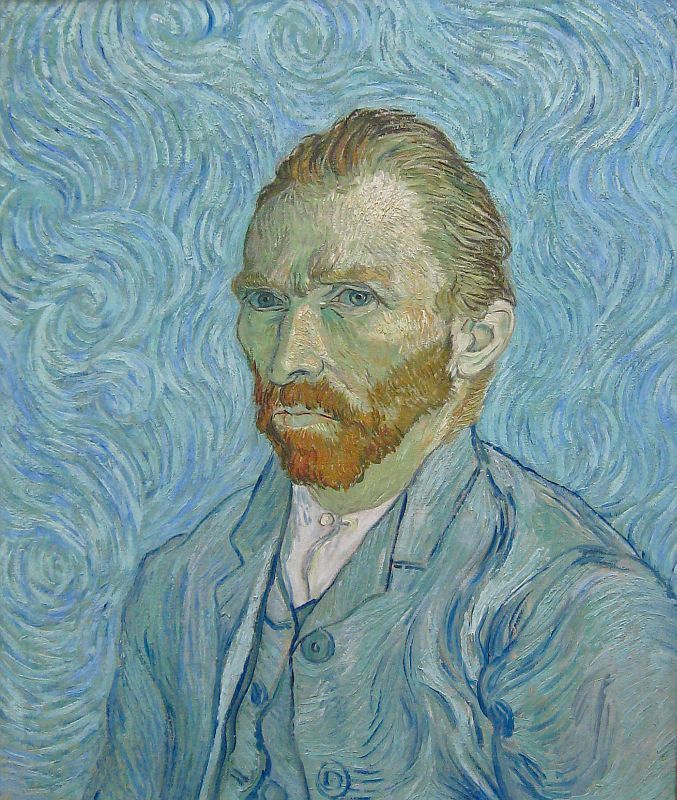 Albert Lee Tucker, was an Australian artist, and member of the Heide Circle, a group of modernist artists and writers that centred on the art patrons John and Sunday Reed.

I chose these two paintings of Albert Tucker because of the bright colours he used.

These 2 paintings remind me of Wallace Street and the Channel and the 'Working with Time - external' exercise I still have to do.

Susi B Art on Delicious